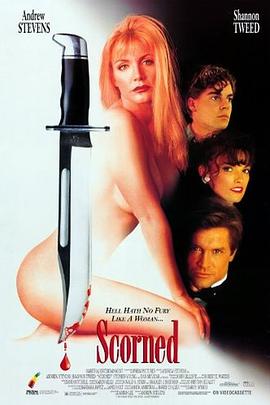 Overall, this is a banal story of revenge, in which as the Black Mamba Shannon Tweed - famous actress erotic genre in second-rate American films early and mid-90s. Actually, for the sake of her adventures, and its only worth watching. In the tape she manages to seduce the whole family: the father, the mother, and, most interesting of their young son. Intimate scenes average frankness with nudity, but not pornography, with continuous background music, but also with the "original" actor dubbing Ohoven poisonous substances and so on. In general, leave a good impression. Director of the Scorned, Andrew Stevens, once played in a movie Massacre at Central High, made in 1976